Pauli Stincus is located 1 km to the east of Truncu ' e Molas. Nowadays it spreads across two properties of which only the western one is accessible. A total of 570 m2 were excavated in open area. Directly under the superficial stratum two archaeological levels were found, damaged by the plantation and especially by the recent removal of a vineyard. Nevertheless, the damages were minor making it has been possible to discover some walls and negative structures, allowing us to reconstruct the plan of the farm in the excavated area.

Over the life of the farm, two constructive phases have been individualized going from the first half of the 4th century to the 2nd BC. In the first phase the complex was articulated around a central court of 12,75 m of side surrounded by several covered spaces probably destined to productive activities. 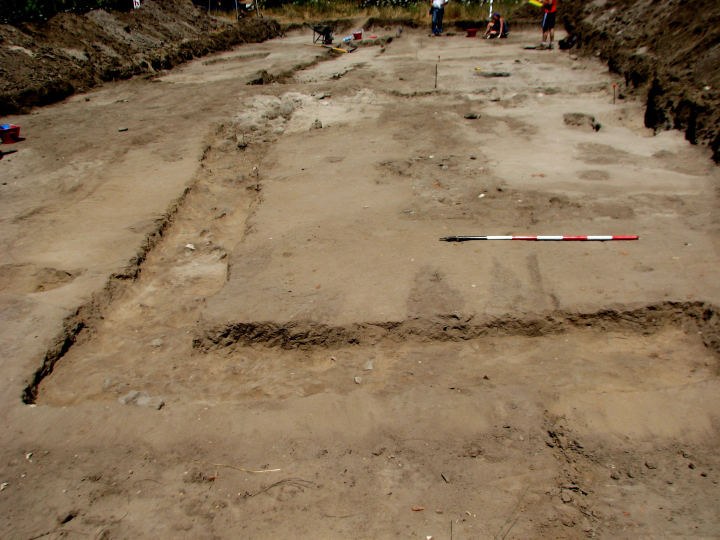