Our study covers a space that was part of a territory located between two important urban and agricultural centres, Tharros to the north and Neapolis to the south. It had in Neapolis its major agricultural centre (for the time being it is not clear if they must be considered as cities).

The topographic studies and the systematic analyses of the “Progetto Riu Mannu”, conducted by the University of Leiden, have demonstrated the existence of a remarkably dense cluster of Punic and later Roman farms on a large sandy ridge between the lower courses of the Riu Mannu and Riu Mogoro in west central Sardinia. These results have been ratified and even extended through the assiduous explorations carried out by Gino Artudi and Sandro Perra (Van Dommelen, 2008).

In this area, 132 archaeological sites active in the IV century BC have been individualized and, among these, 123 have been interpreted as settlements. The space covered by the scattered materials ranges from a few hundred m2 to over a hectare: of these, 36 sites have greater dimensions than the others and six of these overcome the hectare of extension. In the remaining 87 sites, although of smaller size, a strong dimensional variability has been observed however. These figures implies that the settlement density in the Terralba territory amount to ca. 5.5 archaeological sites per km2 (van Dommelen, 1998: 145; Roppa 2013: 70). 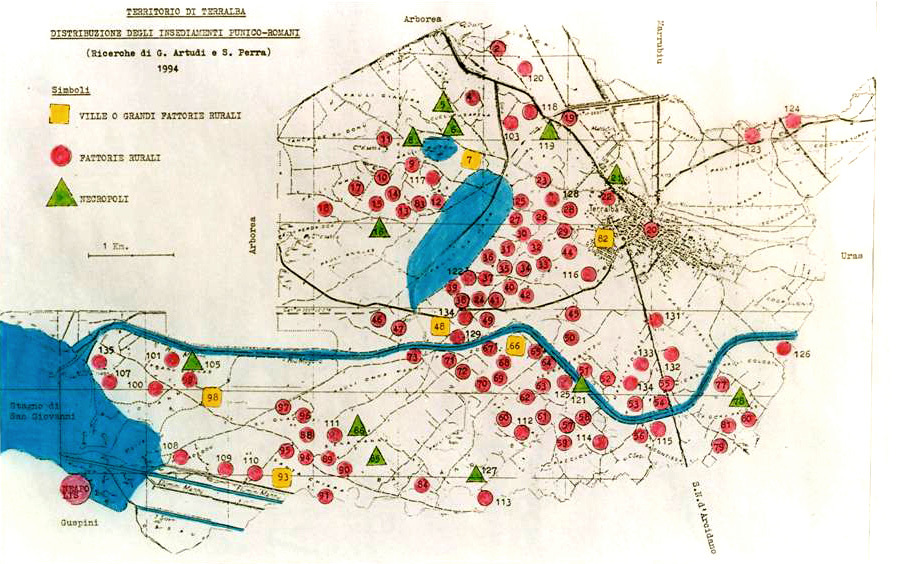 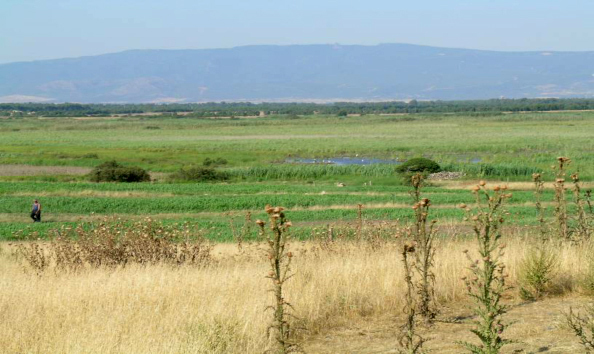